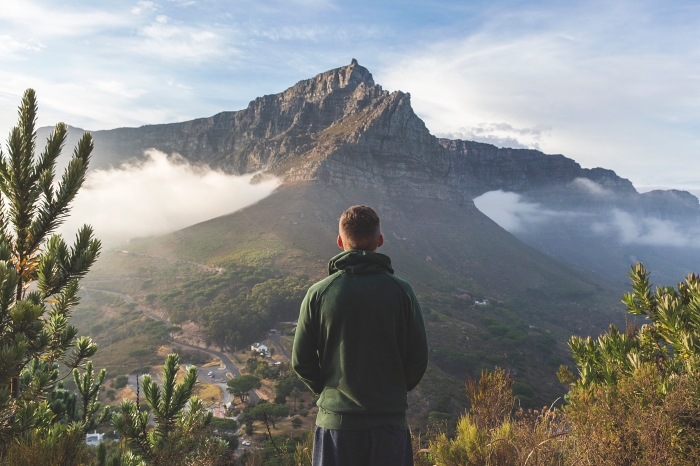 Whenever you find yourself in an impossible situation, it is the perfect opportunity to start singing to the Lord. Why? Because there is victory and breakthrough in praise and worship. It’s time to start singing!

The word of the Lord comes to those who are experiencing lack, difficulty, and barrenness, and He says, “Break forth into singing.” If you want to experience breakthrough, it’s time to break forth. Start singing! Why? Because songs of faith trigger victory.

“Enter into His gates with thanksgiving, And into His courts with praise. Be thankful to Him, and bless His name. For the Lord is good…” Psalm 100:4-5

A throne represents total power and authority. When the Bible says that God is enthroned in the praises of His people, it means that we give Him total power and authority in our lives when we sing out to Him. If you want to give God total authority over whatever situation you may be facing, sing to Him! Your praise and worship gives God the invitation to move in your life and to enter your circumstances with authority and power.

There are examples all over the Bible of God coming through in mighty ways on behalf of His people when they would sing out to Him in praise and worship. One such example is Jehoshaphat. When Jehoshaphat was faced with a nearly impossible battle, he began to worship the Lord.

“After consulting the people, the king appointed singers to walk ahead of the army, singing to the Lord and praising him for his holy splendor. This is what they sang: “Give thanks to the Lord; his faithful love endures forever!” At the very moment they began to sing and give praise, the Lord caused the armies of Ammon, Moab, and Mount Seir to start fighting among themselves. The armies of Moab and Ammon turned against their allies from Mount Seir and killed every one of them. After they had destroyed the army of Seir, they began attacking each other.” 2 Chronicles 20:21–23 (NLT)

Another example is when Paul and Silas were thrown in prison.

“The crowd joined in the attack against Paul and Silas, and the magistrates ordered them to be stripped and beaten. After they had been severely flogged, they were thrown into prison, and the jailer was commanded to guard them carefully. Upon receiving such orders, he put them in the inner cell and fastened their feet in the stocks. About midnight Paul and Silas were praying and singing hymns to God, and the other prisoners were listening to them. Suddenly there was such a violent earthquake that the foundations of the prison were shaken. At once all the prison doors flew open, and everybody’s chains came loose.” Acts 16:22–26 (NIV84)

In the book of Exodus, we find a song of victory that takes place after one significant breakthrough, but before another breakthrough. Between a previous victory and a future trial. The song takes place after the crossing of the Red Sea (victory) and before the conquest of the Promised Land (trial). Yet the same song includes words of faith and victory in both situations. One was already a reality (the Red Sea). The other was by faith (the conquest of Promised Land). And there is something powerful we can learn from this.

When the Children of Israel crossed the Red Sea and had effectively escaped the control of the Egyptians, they experienced a certain level of freedom for the very first time, and there was a great joy among the people. And though they were still in the wilderness, this recent triumph not only caused them to have great joy regarding their recent victory, but it also caused them to have great faith regarding their future home in the promised land. And they immediately began to sing and to worship the Lord, and the same song included both the elements of victory from the Egyptians, as well as elements of faith regarding the Promised Land.

The Bible records their song in Exodus 15. The first part of the song is about their recent victory over the Egyptians.

“Then Moses and the children of Israel sang this song to the Lord, and spoke, saying: “I will sing to the Lord, for He has triumphed gloriously! The horse and its rider He has thrown into the sea! The Lord is my strength and song, And He has become my salvation; He is my God, and I will praise Him; My father’s God, and I will exalt Him. The Lord is a man of war; The Lord is His name. Pharaoh’s chariots and his army He has cast into the sea; His chosen captains also are drowned in the Red Sea. The depths have covered them; They sank to the bottom like a stone. “Your right hand, O Lord, has become glorious in power; Your right hand, O Lord, has dashed the enemy in pieces. And in the greatness of Your excellence You have overthrown those who rose against You; You sent forth Your wrath; It consumed them like stubble. And with the blast of Your nostrils The waters were gathered together; The floods stood upright like a heap; The depths congealed in the heart of the sea. The enemy said, ‘I will pursue, I will overtake… You blew with Your wind, The sea covered them; They sank like lead in the mighty waters.”

Then the same song shifts to speak words of faith and victory over the future Promised Land. Pay particular attention to the underlined phrases.

“Who is like You, O Lord, among the gods? Who is like You, glorious in holiness, fearful in praises, doing wonders? You stretched out Your right hand; The earth swallowed them. You in Your mercy have led forth the people whom You have redeemed; You have guided them in Your strength to Your holy habitation. “The people will hear and be afraid; Sorrow will take hold of the inhabitants of Philistia. Then the chiefs of Edom will be dismayed; The mighty men of Moab, Trembling will take hold of them; All the inhabitants of Canaan will melt away. Fear and dread will fall on them; By the greatness of Your arm they will be as still as a stone, Till Your people pass over, O Lord, Till the people pass over whom You have purchased. You will bring them in and plant them in the mountain of Your inheritance, In the place, O Lord, which You have made for Your own dwelling, The sanctuary, O Lord, which Your hands have established. “The Lord shall reign forever and ever.”

This is much more than a mere song of victory for what just transpired at the Red Sea, but it is also a song of faith and victory regarding the battles to come. Their level of faith and excitement was heightened by their recent victory. They were ready to take possession of the promised land. But as time went on and obstacles came their way, the Children of Israel began to change their tune.

What began as a song of victory and faith was soon forgotten. They changed their tune.

The Bible says in Numbers 13-14 that Moses sent twelve spies into the promised land. When the spies returned, ten gave a bad report of the land. They looked at all the obstacles (e.g. “The people who live there are strong, there are giants in the land, the cities are fortified”) and because of what they saw in the natural, they no longer believed they could take the land. The ten spies said to the congregation, “We are not able to go up against the people , for they are stronger than we” (vs 32). But here is the key statement, “We were like grasshoppers in our own sight and so we were in theirs” Numbers 13:33 (NKJV). In other words, they lost their own perspective on who they were in the Lord, and in so doing, they lost their perspective on the promise. When you lose your perspective, you also lose your prospective.

After losing their perspective, the same generation that sang a song of victory, changed their tune. Their song of faith and victory turned into a chorus of discouragement and defeat.

“So all the congregation lifted up their voices and cried, and the people wept that night. And all the children of Israel complained against Moses and Aaron, and the whole congregation said to them, “If only we had died in the land of Egypt! Or if only we had died in this wilderness! Why has the Lord brought us to this land to fall by the sword, that our wives and children should become victims? Would it not be better for us to return to Egypt?” Numbers 14:1–3 (NKJV)

They went from singing about being victorious to singing about being victims. And it cost them. The generation who changed their tune was not able to enter into the Promised Land. May this be a sobering reminder to not only begin in faith, but to remain in faith, all the way to victory. Nonetheless, the next generation, the very ones they said would be victims, were able to enter the Promised Land.

Let’s now go back to the previous song of faith and victory the Children of Israel sang to the Lord in Exodus 15.

When the following generation (the next generation) finally approached the borders of Canaan (the land of promise), all the enemies were still there. They sent a few more spies into the land, and this time, the spies received a different report. They received a report directly from one of the inhabitants of the land. Here is what they were told from a local…

“I know that the Lord has given you the land, that the terror of you has fallen on us, and that all the inhabitants of the land are fainthearted because of you. For we have heard how the Lord dried up the water of the Red Sea for you when you came out of Egypt, and what you did to the two kings of the Amorites who were on the other side of the Jordan, Sihon and Og, whom you utterly destroyed. And as soon as we heard these things, our hearts melted; neither did there remain any more courage in anyone because of you, for the Lord your God, He is God in heaven above and on earth beneath.” Joshua 2:8–11 (NKJV)

To understand the significance of the report they received from Canaan, you must remember the song of faith way back in Exodus. The very things the Children of Israel sang about in Exodus 15 were confirmed more than 40 years later by the inhabitants of Canaan. In other words, their song of faith triggered spiritual events that prompted tangible victory in the Promised Land. Notice the direct comparison between their song of faith and the report from Canaan:

In other words, their song of faith triggered future victory in the Promised Land.

Its Time To Sing

Whenever you find yourself in a bad situation or trial; whenever you’re facing a certain obstacle in the path of your promise, it’s the perfect opportunity to start singing to the Lord. Why? Because there is victory in praise and worship. Songs of faith trigger victory!

When you enter into God’s presence with praise, He enters into your presence—and your circumstances—with power.

It’s time to start singing your way to victory. And don’t change your tune.